Back to European Heritage Days 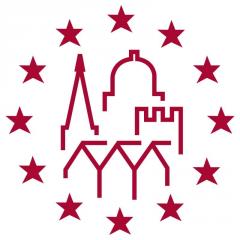 European Heritage Days are events that annually opens the most interesting and exceptional architectural, archaeological and religious monuments, museums, galleries and libraries, militaria and technical monuments, buildings, objects and even other premises in which all is kept incredibly large amount of collections and movable Cultural heritage In the Czech Republic are made ​​available only historical monuments that are officially declared cultural monuments such as the famous castles, palaces and cathedrals, but the door are opening to and dozens of private and public buildings (town halls, courts, religious institutions, schools, apartment houses, etc.) which are usually closed to the public at all or only occasionally and partially opened.

In the objects that are normally open to the public and there is admission, in these days offered a special program (for example, special guided tour, concert, exhibition, etc..).Dozens of cities and villages prepare composed programs for its citizens and tourists. Within EHD is the same way also put the emphasis to disclosure movable cultural heritage.

In the Czech Republic, the EHD is holded regularly since 1991 in the first half of September. Since 1998, the main guarantor of the Association of Historical Settlements in Bohemia, Moravia and Silesia, always in collaboration with one of the member cities organizes national launch. The partners of the main guarantor are the Ministry of Culture and the Ministry for Regional Development.

European Heritage Days in the Czech Republic have the support of top government officials and authorities. This gives the Days of European Heritage in the Czech Republic due importance and dimension to the world and clearly indicates the relationship of the highest authorities of the state to our inherited cultural legacy. Since 2001,  is part of the National launch of EHD awarding the title bearer of traditions of folk crafts Minister of Culture.

* the first-ever national launch of EHD in the Czech RepublicPozn.:

In 1999 - 2000, EHD took place in the Czech Republic as part of a Europe-wide action of the Council of Europe, the Europe - a common heritage.